Breeders must always be ready for new challenges. In the current decade, these challenges are the need for improved tolerance to environmental (abiotic) stress factors arising due to climate change, for better nutrient use capacity aimed at the controlled development of sustainable agricultural production at the European level, and for the improvement of resistance to […] 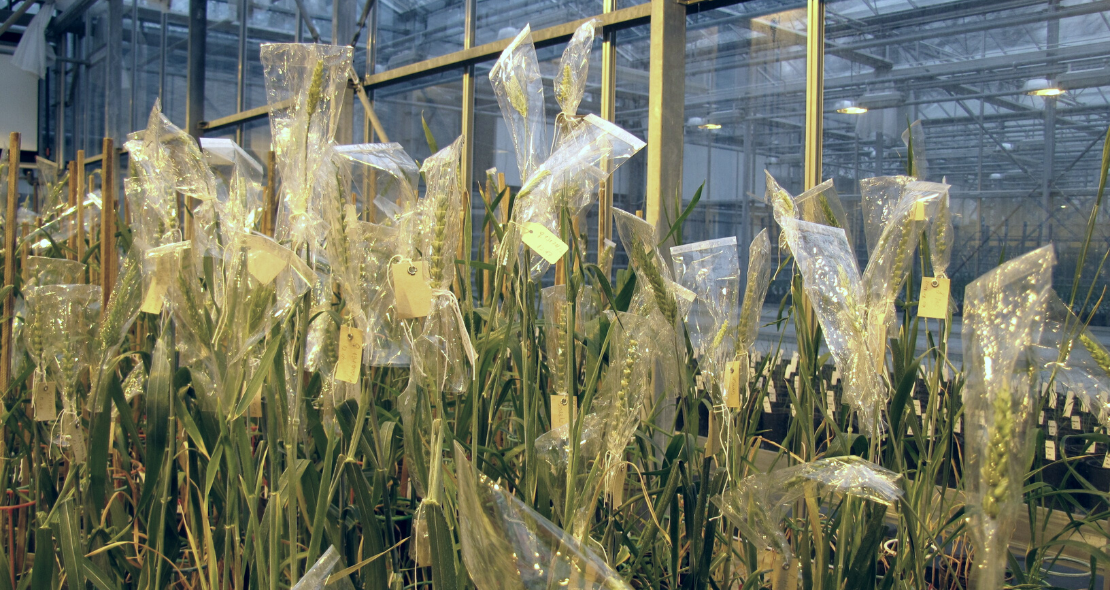 Breeders must always be ready for new challenges. In the current decade, these challenges are the need for improved tolerance to environmental (abiotic) stress factors arising due to climate change, for better nutrient use capacity aimed at the controlled development of sustainable agricultural production at the European level, and for the improvement of resistance to plant diseases and weeds, which will also occur strongly in conventional farming due to less and less available pesticides. One of the primary indicators of the urgency of all challenges is the general deterioration of the quality of the wheat grain produced, the rate of which can be expected to accelerate due to the increasingly uneven distribution of annual precipitation and the forecasted increase in the frequency of occurrence of heat stress during grain filling, as well as the general directives set out in the EU’s “Green Deal” (nutrient supply and pesticide reduction with 20% and 50%, respectively, by 2030, and increasing the average European organic area up to 25% within all agricultural land).

In line with the European Green Deal, the Hungarian Ministry of Agriculture has already set out clear targets for the improvement of organic agriculture in Hungary by 2027. The National Action Plan for the Improvement of the Organic Sector was published recently, and one of its primary objectives is to increase the acreage of organic farming in Hungary, with the aim of having at least 10% of agricultural land under organic cultivation. According to the Action Plan, organic farmers would be able to enjoy long-term financial stability (through a new support system in the frame of CAP) and professional success while serving the expanding local and EU organic market. The implementation of the plan would improve the health of (the Hungarian) people, the quality of life in rural areas, the preservation of nature, and the competitiveness of Hungarian farmers. In addition, expert advice, accessible market data, value chain development, and sales collaborations, along with scientific knowledge transfer and training would be also given to, or available for farmers. Some quantified targets are also part of the Action Plan, like the increase of organic food market share within the Hungarian food market by up to 5%, or doubling of the average domestic consumption of organic products per capita, or the increase of the share of local organic products in public catering up to 20%.

Based on these promising targets, it is necessary to put more emphasis on the development of reliable and well-performing small grain cereal varieties required by organic farmers, since the size of the area cultivated in this environmentally friendly way of farming is expected to be doubled in Hungary within ten years. Therefore, the intensity of the organic cereal breeding program that has been running at the Centre for Agricultural Research, Martonvásár (ATK) for more than 15 years now needs to be increased in the coming years, so that more wheat variety candidates (population) that is (also) suitable for organic farming could be registered in the national variety trials.

With these in mind, a targeted breeding program was started in the organic fields of ATK at Martonvásár, which will offer solutions to the (not exclusively organic) wheat growers of the current decade. Despite the decline in the market share of premium quality wheats, ATK’s organic breeding program is mainly based on them, as the competitive advantage of premium quality varieties lies in the production of a reliable milling quality level, even under a more modest nutrient supply, like in the case of most organic farms. As an actual example, ATK focuses an important part of its organic breeding activities on the development of wheat lines with high protein and gluten contents, which work is carried out within the EU H2020 project ECOBREED. As a result of the project, crossing combinations have been developed from parental varieties previously tested and selected in Martonvásár (from a set of wheat varieties introduced by project partners), and marker assisted selection was carried out on their progenies to select those lines that are carrying the genes causes high protein and gluten content. These special wheat breeding lines are now ready for field trials, where their agronomic performance could be investigated, along with their compositional and rheological quality. Development of such high quality lines, coupled with increased resistance to biotic and abiotic stresses with an affordable grain yield, would ensure farmers an appropriate wheat grain harvest through different fields and years in Hungary.

Organic breeding activity is awaited to be boosted by this National Action Plan, because one of its key areas is the strengthening of Hungarian research, development and innovation on organic farming, while the participation in EU’s next framework research programme Horizon Europe will be also encouraged by the government. In addition, ATK (among other actors) is playing an important role in preparing the establishment of official organic variety registration trials in Hungary using its knowledge on organic breeding and testing originated partly from its ECOBREED activities.